Want help with your author marketing? Get our FREE ebook and cheat sheet: 6 Steps To Getting More Readers.

By subscribing, you agree to get emails from me, Matt Ziranek. I’ll respect your privacy and you can unsubscribe any time. 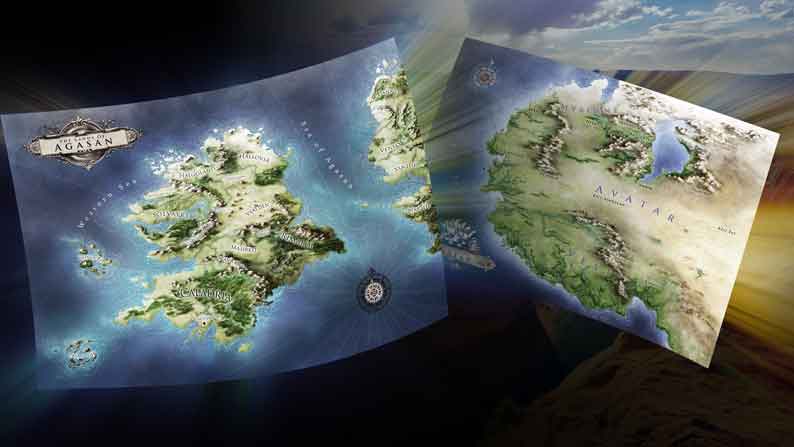 How do you make a completely made-up world feel real?

A map says “Someone was there and took care to document the place in detail” without actually saying it. It’s like the ultimate trick in show, don’t tell.

A fictional map makes an author or game creator look at how their world or universe actually fits together.

It forces the creator to think about details like:

It can mean the difference between a world that feels half-baked, and a world so real you can almost taste it.

This mega post on fictional maps covers everything we could think of (and research) on the subject. Use the contents below if there’s something specific you’re looking for:

How do you make an epic fantasy or fictional world map?

The first step to making a fictional or fantasy map is to conceptualise the main characteristics of your fantasy world.

Is it surrounded by mountains or water?

How many continents are there and how far apart are they?

Are there important areas central to the story you know you’re going to include?

I suggest you start by establishing the foundations of your world-building by focusing on at least 5 main areas of your world. Other details will come as you are writing the story itself.

Otherwise, you can end up spending so much time building the perfect world that you never start writing your story.

When crafting the outlines of your map keep in mind:

All these things affect each other. The land, features, politics and inhabitants all share the same space and need to be considered together even when building a fantasy world.

For example, the land of Seiden is often attacked by goblins because of what the King stole when he was a prince. He built himself a palace surrounded by permafrost called Jirkiisa. When a goblin touches Jirkiisa they turn into ice.

This is why the palace is surrounded by thick fog and ice. There are also giant frozen rocks as you come closer to the palace, they are the frozen goblins that have tried to invade the palace over the years.

This doesn’t come from a book… I just made this up to show you how important geography, conflict, history etc. is when making your map.

Although your fantasy world map does not have to look realistic, it should look like a place that could exist in its fictional world. Create a world with continents, countries and islands. This will give it character and allow you to build a history behind the world.

Combine different types of terrains such as mountains, slopes, rivers, swamps and deserts.

It is fiction world so you can make it however you want to but, like in a dream, your world still does have to feel right according to its own rules. You don’t want your audience to become distracted from your story by some world element that just doesn’t feel like it fits.

Getting an illustrator to make your world map

Having a professional illustrator will ensure that you get a map that has all the necessary elements to make it great.

Now that this world has pretty much moved online, it’s very easy to find an artist or cartographer (fancy word for “map maker”) to create a map for you.

There are various ways you could go about finding someone to make your maps.

Once you have found an artist that you work well with, you’ll have one less problem to worry about and a great design to look forward to.

But make sure there’s an understanding of exactly what you’re looking for between you and the artist. You need to have the same vision and expectations.

An easy way to show the kind of map style you’re looking for is to show examples of other maps that you really like. You’ll find many examples throughout this post and plenty of links where you can find even more as well.

I worked with Melissa McPhail to create her fantasy world maps, we established what she wanted from the style to the timeframe. This made it easier to come with a result: zoom-on-hover maps she that loves.

Her audience clearly loves them as well. Her maps have been downloaded over 30K times!

There are so many fictional map artists out there, waiting to be found. You just need to search a little… here’s a head start to finding the right artist for you:

Drawing your own map

Hand-drawn maps allow you to use your imagination. You can bring to life what is already in your head.

Even if you plan on getting a professional artist to make your map it will still help them a lot to give them a rough draft of what your world map (even if it is a very rough draft).

Be a little creative so that your fantasy map stands out from other maps and doesn’t look like a “copy and paste” of an existing map.

Here’s how you can make your map look like it was touched by a pro:

You can either draw your map by hand like in the above images or you can use an online tool to draw the map such as Photoshop or Gimp. Of course, following pretty much the same instructions given when you hand draw it.

There are small differences when you draw your map directly on a digital platform, here’s a simple tutorial on how to draw the map on Photoshop.

There is often the debate on what method (hand-drawn vs. digital) is better for creating great fantasy maps. The answer is not as simple as saying “yes, digital maps are better.”

The genuine answer to this debate is… it depends!

Let’s think about the pros and cons of hand-drawn and digital maps:

You don’t have to choose one or the other, you can use both methods, that way you reap the benefits of a hand-drawn map and those of a digital map.

However, this may take longer as it will require a lot of coordination and randomisation to make it unique.

Want To Give Your Readers An Engaging Online Experience?

Fantasy map generators are a great way to customise your fantasy world without the hard work of trying to imagine every single aspect of the map. It allows you to have a randomised map that still has the features that you want.

Of course, this is also dependent on the map generator you use. Some world map-generators have more customisation than others.

Here is a list of some of the best free fantasy map-generators you can use.

Allows you to auto-generate maps and make ones from scratch.

My favourite feature is that you can divide the map areas by continents, cultures, temperature zones, etc.

This is a very simple generator, it’s easy to underestimate it, but you can do so many things on it and make your map as detailed as you want.

This is a free online generator with many different types of generators. But our focus of course is world maps!

The tool gives you simplified versions of maps as they are not very detailed. You can edit the map and customise it by editing terrains, icons, text styles, colouring style of the map, etc.

This generator is a bit different as it only creates cities and not world maps. The cities generated are simplified but you can customise it a little by adding other features.

This is a great free additional tool you can use to bring your fantasy world to life. Instead of having a world map only, you can have both a world map and a map of some of the cities in the world.

You might be surprised that I did not include Inkarnate in this list. This is intentional and I will explain shortly.

Here are some of the best ones and the reasons why I think they are the best:

This is not really a generator as it does not automatically make a complete map for you that you can customise. Instead, Inkarnate provides you with the tools to help build a map yourself.

Whatever you might need to bring your world to life, from the layers (water, land, etc), objects (trees, mountains, etc) and much more.

This is a one-time purchase software, it is similar to Inkarnate but is more user-friendly. It provides so many different map styles and features that you can create any map you want.

How to make your map believable

Here are some rules to keep in mind…

Also, keep in mind this is a FANTASY MAP. It doesn’t always have to make sense in our world. Only in the fantasy world, it takes place in.

Make your map 2 times the size it should be and create multiple continents even where your characters will not travel. This makes your map more realistic and allows you to be able to travel those continents in the future should you write a sequel. Make your map with the future of your world in mind.

Other types of world-building maps to consider having

There are different types of worldbuilding maps you can create, the main ones being world maps, city/settlement maps and battle maps.

Having additional maps as part of your world allows your readers to engage with your fantasy world more. Not only are they able to see the overview of your world, but using other detailed maps they can be “up close and personal” by seeing important parts of your world.

Daniels’ artist drew the map. We brought it to life by making it interactive when hovering over the points of interest. Definitely worth checking out!

We created this interactive aspect to Daniel’s ship diagram maps which really take them to the next level.

When you need inspiration… awesome map ideas from others

Map of a Pirate’s Lair

Map of the Grishaverse

One of our own, Matt, from Rocket Expansion, personally illustrated these maps for Melissa McPhail when he used to be an illustrator full time. He’s no longer taking commissions but there is another section on recommended map artists if that’s what you’re looking for.

Melissa’s fans have downloaded these maps over 5K times

The Lands of Alorin

The Lands of Avatar

Getting a professional author website design is a great way to put your work out there. It will enable you to grow your mailing list and establish your online presence as an author worth reading. Feel free to reach out to us to discuss your website needs.

Want help with your author marketing? Get our FREE ebook and cheat sheet: 6 Steps To Getting More Readers.

By subscribing, you agree to get emails from me, Matt Ziranek. I’ll respect your privacy and you can unsubscribe any time. 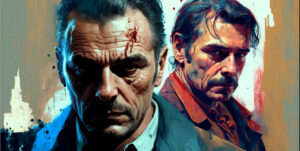