Collaboration Works. Stop Being Your Own Enemy

Give Your Readers An Engaging Online Experience

It takes a certain level of maturity to be able to look at yourself without prejudice. Who knows, maybe it’s not entirely possible. I’ve struggled with this personally in life and in business: knowing who I could trust, knowing who was out to get me, etc.

I now finally feel like I’ve got this under control to a point where I simply want to work with almost everyone. You can imagine how useful this is in a business sense, from a customer or supplier point of view. It makes it much easier to find suppliers or clients.

Seeing how fast we’re growing, I get asked frequently by others how we get new clients. What I’m about to share here is a huge part of it…

It Starts With One’s Attitude Towards People

What I’ve found, and yes this is a bit more of a personal article, is that attitude makes a difference completely out of proportion to the amount of effort or funds employed in getting something done.

The area I’ve found “changing my attitude” made the biggest difference in my life was in dealing with people.

Now before you think this is another foo foo, feel-good, out-with-the-fairies kind of post, let me get down to specifics.

I used to have this kind of unspoken fear when I encountered others in the same or similar industry or role as I was in at the time. There was this little voice in the back of my head that chirped “competitor! beware!”. It was more of a feeling than actual words but it was just as real as any advice from a real person standing there right next to me.

Well, this past year I’ve been deeply invested in reassessing what my values really are, in sorting out areas I’ve got hung up in before and in clearing the way for some epic business growth. I’d highly recommend to anyone that has high ambitions to concentrate on activities that bring meaningful change to the man in the mirror.

Anyways, after coming out of this period of self-introspection and looking at the world with fresh eyes, a few things really stood out for me: 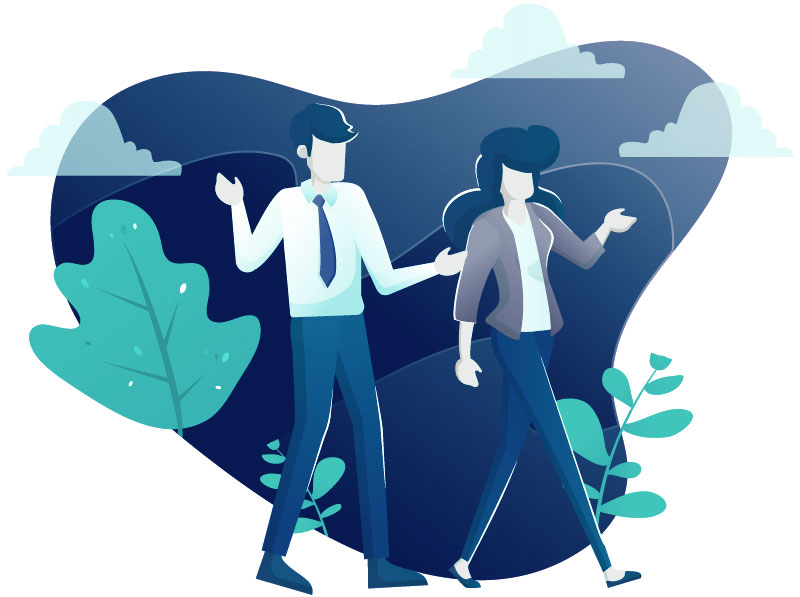 Hanging out with YOUR people

Now I’m not just talking about this in a social or intimate relationship setting alone. This part is obvious. You should carry this into business!

The one thing that I realized recently is that the enemy was not my fellow entrepreneur or associate who also just wants to make a success of themselves. The true enemy I was fighting was the one I had put there myself.

I would literally see someone else working with my client, or another agency doing a similar thing to mine and have this knee-jerk reaction “hey, what are they doing?!”.

That knee-jerk reaction is not healthy. I kind of realized this and had a look at it and this is what happened when I stopped reacting and started really looking…

Story Time – Chapter One, The Poacher Becomes The Farmer

So this actually happened: One of our long-time clients suddenly started using another supplier for lead generation using digital campaigns. Ok, first thought, “come on!? don’t we do this already?” We were still building websites and doing other work for them and it felt like a slight betrayal even though it really wasn’t at all.

So I asked our client about it. Turns out this guy was pretty good. He was generating them leads and creating an engaging campaign quite successfully.

So who was this guy?

I called him. Turns out I actually vaguely knew the guy from before. He was actually a seriously awesome professional digital marketer who knew his stuff! It also turned out that he really didn’t do exactly what we did at all. His specialty is Paid Advertising, something we didn’t do that much of up until this point.

One thing that’s important to mention at this point is that I didn’t call him and say, “hey I see you’ve started working with our client and just so you know…” I simply said, “I’d like to know more about what you do, we’re working in aligned industries and maybe we could work together and help each other out somehow.” My attitude was friendly and interested.

So now, in looking more closely into this, the previously blurry lines became more sharply defined. No longer a vague haunting shape out to get me, this other supplier became a real person who was quite likable and very capable.

An opportunity right under our noses

We had a client that wanted to roll out a massive campaign across the US in an underserved market. We had built the website which was to be the core of the campaign but we kind of had to let it go at that point. A key aspect of the campaign, paid advertising, wasn’t a skillset we had cracked. The client already loved the website and very much liked working with us. Which gave me an idea, which of course you’ve already guessed…

Between this new lead generation supplier and Rocket Expansion, we negotiated an awesome deal with our client that’s going to make our him a ton of sales and all of us a lot of income.

Now standing back from all of this you might say, “Sure, this is obvious, of course you should work like that…”

I’d like you to just realize, it’s always easier seeing things from a zoomed out point of view. It’s always more challenging to see the forest from the trees when you’re deep within and it’s a little haunted.

It makes it much easier to get this right if your attitude, right from the start, is that most people are just trying to do a decent days work and make their clients and customer happy. The key take-away from this for me is simply, hey let’s see how we can help each other. I no longer assume someone is out to get my business, even if it seems like that’s exactly what they’re doing. In truth, this lead generation guy was never trying to poach our business at all in the first place. He simply saw an opportunity that we had never taken and took it.

Story Time – Chapter Two, What If It’s Not You, It’s Them?

It can happen that, in fact, it’s not you that has the “everyone is against me” attitude at all. It can be the other guy thinking that of you just as easily.

In keeping with my newfound discovery of collaboration not competition, I decided to put this into practice and actively seek out and meet similar businesses in exactly my field, in my neighborhood. I started out meeting a guy from another Digital Agency who was aiming to market a unique and awesome product. He knew little about SEO and was very, very interested in what we could do for him. Awesome find!

Sometimes others aren’t ready to collaborate right away

The second character I met wasn’t so smooth though. I called this guy up and he was instantly on the defensive, was I trying to poach his suppliers? Or his clients maybe? I needed to get to the point. I had to do quite a bit of reassuring to even get a meeting. When this rather uneasy meeting took place I definitely wondered what I was doing there for a while. What I did learn is that this guy was excellent at running animation projects. It was his thing. Well, we do animation sure, but this level of sophistication we couldn’t get near. Ok cool, I kept that juicy bit of information behind my right ear for later.

Would you believe it, that very same evening, I got a call from a successful film producer in Los Angeles enquiring about us doing a sophisticated animation project. This was just a little too strange given the timing and all. It actually seemed too good to be true that I stalled a little before I called my newly found animation specialist up and looked into the possibility of working together.

Anyways I think you see where this one is headed. If I’d never persisted in really taking care to reassure the “opposition” that there really wasn’t anything to fight over and no-one was interested in fighting in the first place, an awesome opportunity would’ve slipped away.

So Are You FOR Or AGAINST ?

This has been more of a personal experience sharing type post. Obviously, I’m giving you more of an internal mind perspective type angle on things here. If you’ve gotten this far in the article, thanks for reading! I’d really appreciate it if you let me know two things below:

Have your say, Make my day…

Please note: Only comments using your real name will be approved and posted.

You may also enjoy…

Lead Funnel Tips (How to maximize your results)

Have you done everything necessary to improve your lead conversion rate, but didn't get the results you desired? You've probably followed some kind of strategy, but might be missing a few steps. If this is you, stick around - we're about to walk you through a few...

END_OF_DOCUMENT_TOKEN_TO_BE_REPLACED

If there's one thing 2020 showed us, it's that we need to go digital, now! While many other types of traditional marketing have been shut down or restricted, the digital world is booming like never before. 2021 is the time to really take advantage of this... 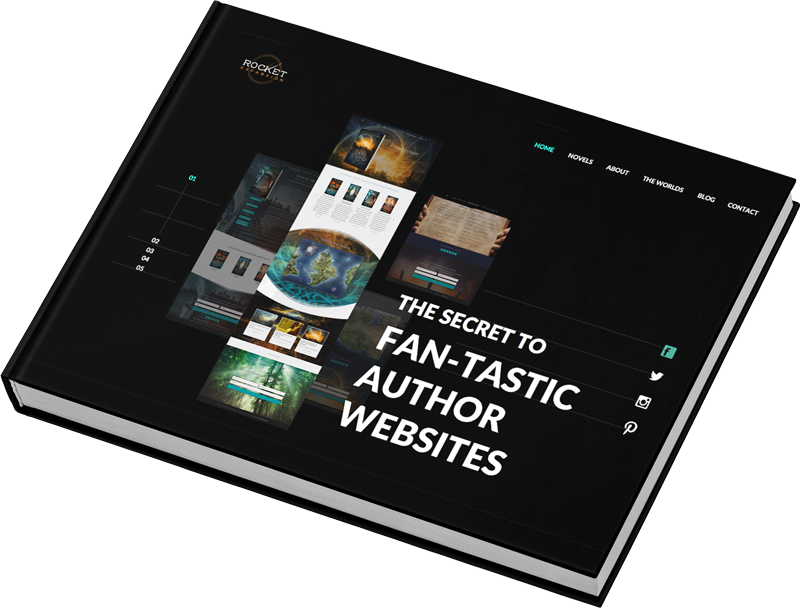 The Secret to Fan-Tastic Author Websites

Enter your details to receive your free eBook: